22 Mummies Are Moved in a Glittering Display in Cairo

But the made-for-TV spectacle also underlined the jarring divide between Egypt’s celebrated past and its uncertain present.,

Riding on top of custom-made vehicles, the mummies were moved in a procession on Saturday from a museum where they had been kept for more than a century to the National Museum of Egyptian Civilization in Cairo. 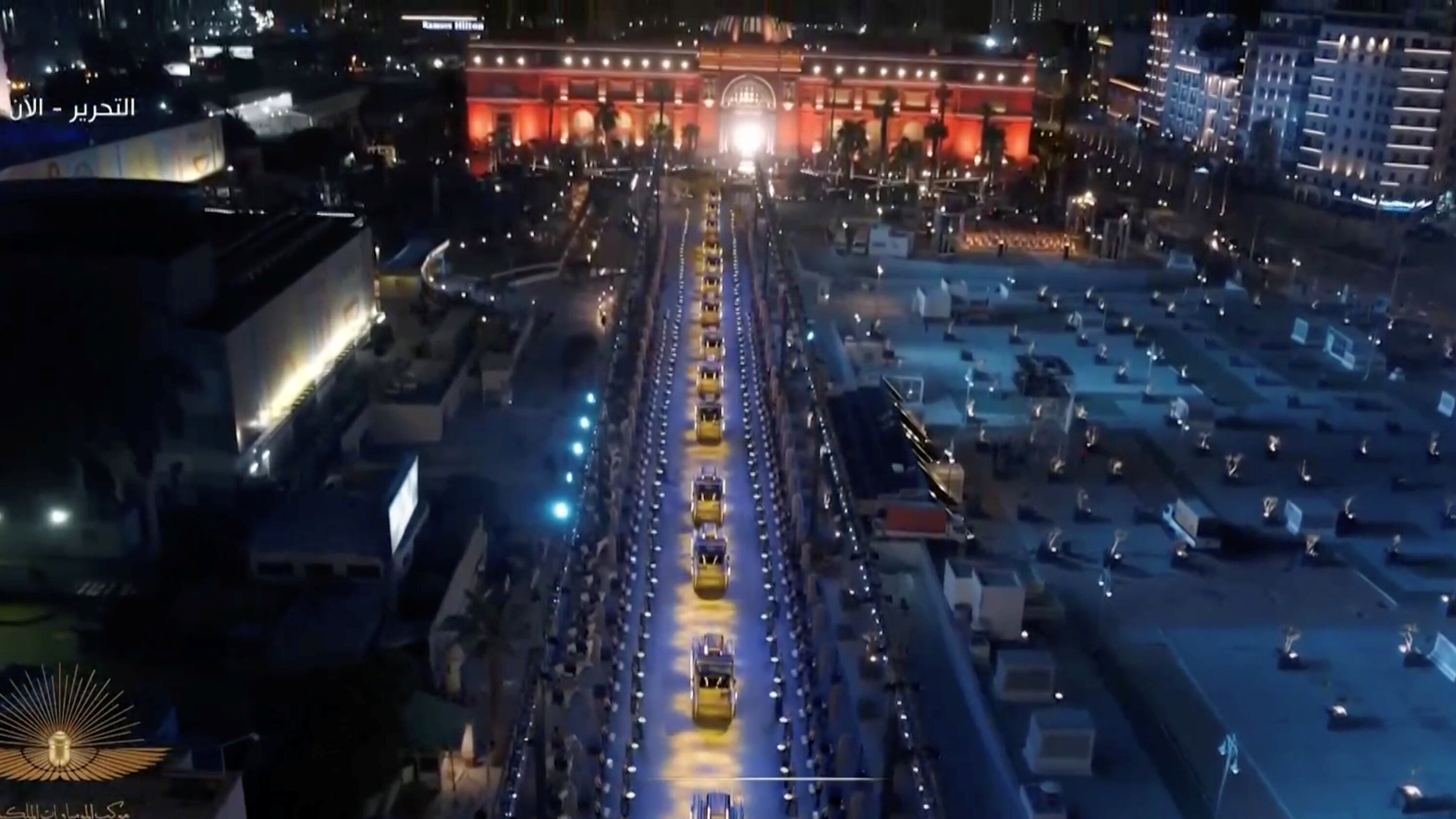 Riding on top of custom-made vehicles, the mummies were moved in a procession on Saturday from a museum where they had been kept for more than a century to the National Museum of Egyptian Civilization in Cairo.CreditCredit…Reuters TV 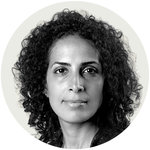 CAIRO — Downtown Cairo came to a near standstill Saturday night as 22 mummies were moved from a museum where they had resided for more than a century to a new home, transported atop custom-made vehicles in a glittering, meticulously planned procession.

The fanfare — broadcast live on state television and complete with a military band, a 21-gun salute and a host of Egyptian A-list celebrities — served as both a grand opening of sorts for the National Museum of Egyptian Civilization where the country’s oldest monarchs were set to land and an invitation to tourists to return to Cairo after the pandemic.

“These are the mummies of kings and queens who ruled during Egypt’s golden age,” said Zahi Hawass, a former minister of antiquities who supervised the discovery of tombs that date back thousands of years. “It’s a thrill, everyone will watch.”

Everyone, except many Egyptians.

Along the five-mile path to the new museum lay stretches of working-class neighborhoods that were deliberately hidden from view ahead of the parade, a reminder of the jarring divide between Egypt’s celebrated past and its uncertain present.

Banners proclaiming the “Pharaohs’ Golden Parade” and large national flags prevented television viewers from peering inside Cairo’s impoverished areas and kept local residents from getting a glimpse of the polished, made-for-TV spectacle. In one spot, plastic screens at least 10 feet tall were mounted on scaffolding to close gaps in a cream-colored wall.

“They put it up to hide us,” said Mohammed Saad, a local resident who stood with two friends a few feet behind a barrier that separated them from the newly swept road where the ancestral parade would roll through.

Two security officers confirmed that no one would be allowed to leave nearby neighborhoods during the parade, or to step onto the street to watch. “They can watch on a screen,” one of them offered.

In a television interview, the head of Egypt’s Supreme Council of Antiquities credited the president, Abdel Fattah el-Sisi, for conceiving of the public procession as a way to draw tourists back after the coronavirus pandemic brought international travel to a halt last year.

But the spectacle also underlined the economic and social divisions in Egypt’s capital.

“There is a tendency to try to show a better picture instead of fixing the existing reality,” Ahmed Zaazaa, an urban planner, said of the government’s public image efforts. “The government says they are making reforms, but the vast majority of people in Cairo who live in working-class neighborhoods are excluded.”

Egyptian television broadcast nonstop coverage of the parade preparations, emphasizing how the news was echoing abroad, pairing the visuals with dramatic theme music and a stream of information about the 22 kings and queens who ruled Egypt more than 3,000 years ago.

The ancient royals who were on the move included Ramses II, the longest reigning pharaoh, and Queen Hatshepsut, one of Egypt’s few female pharaohs.

After sunset, crowds gathered in downtown Cairo, among them enthusiastic young families who brought their children along in hopes of getting a glimpse of the historic moment.

“It’s a once-in-a-lifetime event. These are our ancestors.” said Sarah Zaher, who came with three friends.

But many of those who gathered were met by police barricades and turned back.

French Adventurer Dies Attempting to Row Solo Across the Atlantic