Something went wrong early for Starship, with shards of metal raining down around the launch site including debris that hit one of the cameras.,

SpaceX launched another Starship prototype test on Tuesday for a mission to Mars. However, the mission was unsuccessful due to a landing sequence failure.

“Five, four, three, two, one. Liftoff.” “T-plus 33 seconds, Starship test vehicle No. 11, ascending over Starbase in South Texas.” “One kilometer altitude.” “We’ve heard the call out, we’re over 1 kilometer up, views from the external camera on Starship No. 11, looking back towards the Starbase facility in the fog in South Texas. T-plus 2 minutes, 21 seconds, you can see we have shut down the first of the three engines on time as planned. T-plus 5:45, we’ve just passed through 1 kilometer altitude, getting ready for the relay. We’re back with you. As you can see from the frozen camera view, we lost the clock at t-plus 5 minutes, 49 seconds. Looks like we’ve had another exciting test of Starship No. 11.” 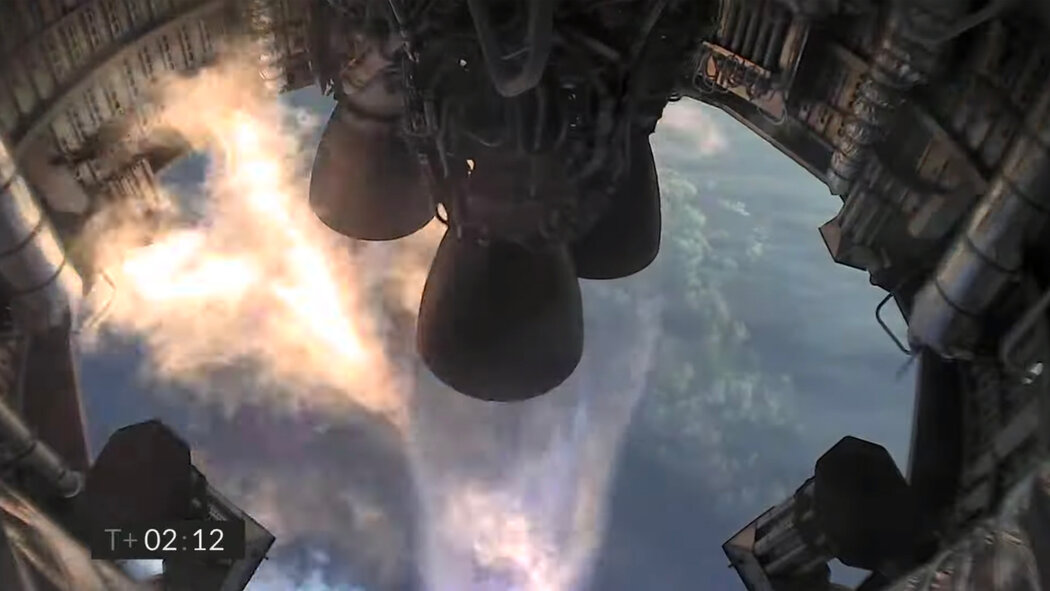 SpaceX launched another Starship prototype test on Tuesday for a mission to Mars. However, the mission was unsuccessful due to a landing sequence failure.CreditCredit…SpaceX

Through a series of test flights since December, SpaceX has successfully launched prototypes of Starship, intended to take people to Mars one day, and after reaching an altitude of several miles, demonstrated a controlled belly flop back toward to the ground. But each time, the rocket encountered trouble during or after landing, resulting in spectacular explosions.

This time, something went wrong earlier, as the engines reignited at the start of the landing procedure. Video from SpaceX then froze, at 5:49 minutes after liftoff.

Coverage by NASASpaceflight, a website for space enthusiasts, showed shards of metal raining down around the launch site including debris that hit one the cameras.

The launch was shrouded in early morning fog with little visible except from cameras on Starship.

Elon Musk, the founder and chief executive of SpaceX, said on Twitter there appeared to be a problem with one of the engines during the ascent and it did not quite work properly when it reignited for landing. But, he added, it should not have been needed.

SpaceX takes a fail-fast, fix-fast approach, using the tests to identify shortcomings of design and making adjustments on subsequent flights.

The previous test, on March 3, accomplished a feat that none of the earlier flights had managed: The spacecraft landed back at the launch site but leaning at the landing pad.

Moments after SpaceX’s commentators declared that test a success and concluded its live webcast, a camera maintained by NASASpaceflight captured the rocket exploding on the ground.

Mr. Musk later said on Twitter that the engine thrust was lower than needed to slow the rocket, which hit the ground at a speed of 10 meters per second, or 22 miles per hour. The force of impact crushed the legs and part of the bottom of the rocket.

Mr. Musk’s company has become successful in the launch business, and it is now one of the world’s most valuable privately held companies. Its Falcon 9 rockets have become a dominant workhorse for sending satellites to orbit. It routinely transports cargo to the International Space Station, and lifted NASA astronauts there twice in 2020, with more trips planned this year.

However, many are skeptical about Mr. Musk’s assertion that the company is just a few years from sending a Starship to Mars, saying he has repeatedly set timelines for SpaceX that proved far too optimistic.

In 2019, when he provided an update on the development of Starship, he said that a high-altitude test would occur within months and that orbital flights could occur early in 2020.

Instead, several catastrophic failures happened because of faulty welding. When the propellant tanks stopped rupturing, two of the prototypes made short successful flights last year. Those earlier Starship prototypes resembled spray paint cans with their labels removed, rising nearly 500 feet using a single rocket engine before setting back down at the Texas test site.

With the latest failure, Starship is a long way from being ready for a trip to orbit. But SpaceX already has its eyes on future tests that will lift subsequent Starship prototypes to much greater altitudes. Earlier this month, Mr. Musk shared a picture of a prototype of the large booster stage that will be needed for a trip to space. It is over 200 feet tall.

Although this prototype will not itself take flight, Mr. Musk said the company’s goal was for a second model to launch by July.

The test in Texas on Tuesday wasn’t the only SpaceX activity that attracted attention near the end of the week. Late on Thursday, people in the Pacific Northwest spotted mysterious bright lights streaking across the night sky. The light show was not planes or meteors, but debris from a SpaceX rocket.

Jonathan McDowell, an astronomer with the Center for Astrophysics at Harvard University, wrote on Twitter that the streaking objects were part of a Falcon 9 rocket that launched in early March. The debris was re-entering the atmosphere after 22 days in orbit, he said.

Sync your calendar with the solar system

Never miss an eclipse, a meteor shower, a rocket launch or any other astronomical and space event that’s out of this world.

A guide to the spacecraft beyond Earth’s orbit.

What We Know About Alec Baldwin’s Fatal Shooting

At Barcelona, Life After Lionel Messi Is Haunted by the Past