Medical Experts Take the Stand in the Derek Chauvin Trial

Today, the state’s case moves into a new phase, with medical testimony addressing the cause of George Floyd’s death. Here’s the latest on the trial.,

You may be hearing the phrase “P.E.A.” cardiac arrest — pulseless electrical activity. It’s a type of cardiac arrest that is often mentioned when people die while being restrained in a prone position. It’s different from other types of cardiac arrest, such as those that result from cardiovascular disease, and you can’t use a defibrillator to restart the heart in a P.E.A. arrest.

It’s really interesting that Dr. Tobin just said most of his testimony has been in medical malpractice cases and he’s never testified in a criminal case before — he cannot be viewed as biased for or against law enforcement. 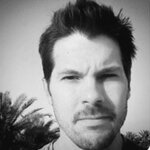 After leading Dr. Martin J. Tobin through his credentials, the state’s questioning gets to the central issue of the case: “I’m primarily interesting in breathing,” he says.

Dr. Martin J. Tobin, a pulmonologist and critical care physician from the Chicago area, was the first witness prosecutors called to the stand in the Derek Chauvin trial on Thursday.

When the state asked if he had formed a medical opinion on what had caused George Floyd’s death, Dr. Tobin said that “Mr. Floyd died from a low level of oxygen, and this caused damage to his brain that we see, and it also caused a P.E.A. arrhythmia because his heart stopped,” referring to pulseless electrical activity, or cardiac arrest.

In the prosecution’s opening statement, Jerry Blackwell said of George Floyd: “You will learn he’s pancaked with a hard pavement beneath him and Mr. Chauvin on top of him. In order to breathe, you have to have room for the lungs to expand in and out. And you’ll see Mr. Floyd doing his best to kind of crank his right shoulder, having to lift up his weight and Mr. Chauvin’s weight on top of him to get a breath.”

This is likely what Dr. Tobin will go over today. He has just said that his studies of breathing are “more in the realm of math and physics” than medicine.

The reason they are going through Dr. Martin J. Tobin’s credentials so extensively is because the prosecution has to do all that it can to bolster his expertise with the jury. So we’ll be hearing these long bios from all of the expert witnesses.

Today the state’s case moves into its third phase – medical testimony concerning the cause of George Floyd’s death. It is likely to be less emotional than the bystander testimony last week, and perhaps less definitive than police witnesses who said Chauvin’s use-of-force was excessive. But it could be more important, because cause of death is the most contested issue of the trial.

The first witness today is Dr. Martin J. Tobin, a pulmonologist from the Chicago area.

He is, in brief, an expert on breathing.

A prosecutor just said he plans to call the medical examiner who performed the autopsy on George Floyd tomorrow. That will follow today’s testimony from various medical experts.

In Minneapolis, educators have grappled over the last few weeks with how to talk with their students about the trial of Derek Chauvin, the former Minneapolis police officer charged with murder in George Floyd’s death.

Some teachers have shown segments of the televised trial in class and used jury selection or witness testimony as an opportunity to explore the complex issues of race, policing and the criminal justice system. Others have cautiously given students the chance to ask questions and share their opinions. And school administrators and counselors have scheduled talking circles, where children can open up about how the trial has rekindled feelings of racial trauma and fears of potential unrest stirred by the sound of helicopters flying over the city.

But the adult nature of the televised murder trial, marked by graphic videos and emotional eyewitness accounts, poses a challenge for educators, even as they say the court proceedings are too important to ignore.

“We have to engage even if we’re uncomfortable and we don’t have the answers,” said Kristi Ward, the principal for third through eighth graders at Lake Nokomis Community School in south Minneapolis.

Today in court we’ll be hearing from medical experts who will testify about what killed George Floyd. We’ve been talking with forensic pathologists and other doctors all week and the upshot is, it’s very complicated.

The trial of Derek Chauvin will continue on Thursday with a renewed focus on George Floyd’s drug use, after a day of testimony that suggested Mr. Floyd had drugs with him when he was arrested in Minneapolis last May.

Mr. Floyd’s drug use has been a primary focus of the defense of Mr. Chauvin, the former police officer who is charged with murdering Mr. Floyd.

On Wednesday, witnesses described the Minnesota Bureau of Criminal Apprehension’s investigation into Mr. Floyd’s death, explaining that pills and pill fragments found at the scene contained methamphetamine and fentanyl. The defense, led by the lawyer Eric J. Nelson, has suggested that Mr. Floyd died from complications of drug use.

The jury also heard from a use-of-force expert who said Mr. Chauvin used “deadly force” even though Mr. Floyd posed no immediate threat to the officers. “He was in the prone position, he was handcuffed, he was not attempting to resist, he was not attempting to assault the officers — kick, punch, or anything of that nature,” said the expert, Sgt. Jody Stiger, who works with the Inspector General’s Office for the Los Angeles Police Department.

Sergeant Stiger said that Mr. Chauvin may have been justified if he had decided to use a Taser earlier in the arrest, when Mr. Floyd resisted as officers tried to put him in the back of a police cruiser. But once Mr. Floyd was handcuffed and face down on the street, the force should have stopped, the sergeant said. Mr. Chauvin kept his knee on Mr. Floyd for more than nine minutes.

The sergeant added that being in a prone position while handcuffed can make it difficult to breathe, saying, “When you add body weight to that, it just increases the possibility of death.”

The latter half of Wednesday’s testimony, which focused on the Minnesota Bureau of Criminal Apprehension’s investigation, seemed to indicate a shift away from questions about whether Mr. Chauvin violated police policy and toward the issue of drugs.

More than 20 witnesses have taken the stand for the prosecution, but the defense has to then call its witnesses, after which the trial can move into closing arguments. A verdict may still be weeks away.

As the trial of Derek Chauvin continued on Wednesday, chalk drawings and signage memorializing George Floyd could be seen on streets and walls of Minneapolis.

A use-of-force expert called by prosecutors testified on Wednesday that Derek Chauvin, the police officer charged with murdering George Floyd, used “deadly force” when it was appropriate to use none.

The expert, Sgt. Jody Stiger, who works with the Los Angeles Police Department Inspector General’s Office, also said that Mr. Chauvin put Mr. Floyd at risk of positional asphyxia, or a deprivation of oxygen. His testimony could corroborate one of the prosecution’s primary assertions: That Mr. Floyd died from asphyxia because Mr. Chauvin knelt on him for more than nine minutes.

Senior Special Agent James D. Reyerson of the Minnesota Bureau of Criminal Apprehension, whose agency investigates police use of force, told jurors about the bureau’s investigation into Mr. Floyd’s death, and said that Mr. Chauvin shouted “I ain’t do no drugs,” while he was handcuffed. Here are the highlights from Wednesday.

Midway through the second week of the trial of Derek Chauvin, more than 20 witnesses have already taken the stand for the state. Next, the defense will present their witnesses, before the trial moves into closing arguments and, finally, jury deliberation.

Witness testimony is expected to last at least through the end of next week. On Friday, Judge Peter A. Cahill dismissed court early, saying that the trial was ahead of schedule.

Jury selection — eight days of intense questioning to potential jurors about their political biases and views on racism and policing — began on March 9. Ultimately, 12 jury members and two alternates were chosen.

Both sides delivered opening statements on March 29, which were followed by the prosecution calling their witnesses to the stand. Each witness is questioned by the state, then cross-examined by the defense. Questioning goes back and forth between the state and the defense.

Closing arguments could come as soon as the week after next, then the jury will begin deliberating. The jury can take as long as it needs to deliver a verdict.