Former Sheriff’s Deputy Is Charged After Deadly Shooting in Austin

Officers in Texas took a former Travis County deputy into custody a day after three people, including his ex-wife, were shot, the authorities said.,

Stephen Nicholas Broderick, a former sheriff’s deputy, was taken into custody and charged with capital murder on Monday, after the authorities said he fatally shot three people at an apartment complex in Austin, Texas, on April 18. 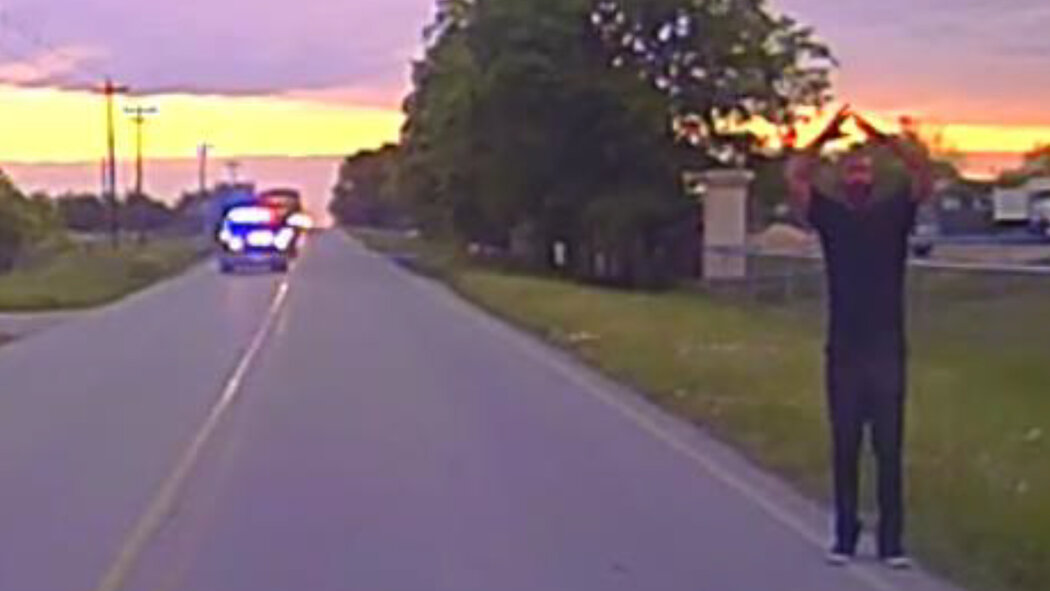 Stephen Nicholas Broderick, a former sheriff’s deputy, was taken into custody and charged with capital murder on Monday, after the authorities said he fatally shot three people at an apartment complex in Austin, Texas, on April 18.CreditCredit…Manor Police Sheriff’s Office

By Jesus Jimenez and Christine Hauser

DALLAS — A former sheriff’s deputy who was being sought after three people were fatally shot in Austin, Texas, on Sunday has been arrested and charged with capital murder, according to the police and jail records.

Ryan Phipps, the police chief in Manor, Texas, said his department received two emergency calls just before 7 a.m. local time on Monday about a man who matched the description of the suspect, Stephen Nicholas Broderick, 41.

The department dispatched officers to a location on the edge of the city, which is just east of Austin, and took Mr. Broderick into custody, Chief Phipps said. Mr. Broderick, who had a pistol in his waistband, complied with officers’ orders, the chief said.

Deputies from the Travis County Sheriff’s Office, Mr. Broderick’s former employer, were also at the scene of the arrest, Chief Phipps said.

The authorities had been searching for Mr. Broderick after identifying him as the suspect in the shooting deaths of three people — two women and one man — in northwest Austin on Sunday morning. When officers arrived at the scene of the shooting, they found three victims with gunshot wounds lying near two vehicles that appeared to have been involved in an accident, the police said on Monday.

Mr. Broderick and his ex-wife, Amanda Broderick, were “meeting for a scheduled visit with their son when the collision occurred,” the Austin police said in a statement. Mr. Broderick fired a weapon, striking Ms. Broderick, 35, and the two other victims, and then fled, the police said.

The couple’s son was present when the shooting occurred, the police said, but he was not injured.

The police identified the other people who were shot as Alyssa Marie Broderick, 17, and Willie Simmons III, 18. All three victims were pronounced dead at the scene, the authorities said.

The Austin police did not give an account of the accident that preceded the shooting or say who was involved.

The Elgin Independent School District said in an email on Monday that Alyssa Broderick was an Elgin student from 2009 until she withdrew in October 2020. “She was an excellent student and athlete, enrolled in our Early College High School program and played on our girls’ basketball team,” the district said.

Mr. Simmons was a senior at Elgin High School. He was the captain of the football team, “a friend to everyone he met; and most recently, recruited to play football for the University of North Texas,” the district said.

Joseph Chacon, the interim chief of the Austin Police Department, on Monday thanked the law enforcement agencies that were involved on Sunday.

“This is a tragic incident that has deeply impacted our community, and I’m glad to report that the suspect has been taken into custody without incident, and with no additional loss of life,” Chief Chacon said.

The chief said on Sunday that it was his “understanding” that Mr. Broderick “at one time” worked as a sheriff’s deputy in Travis County, which includes Austin. He did not elaborate.

A man with Mr. Broderick’s name and date of birth had been employed at the sheriff’s office in Travis County until June of last year, when he was arrested and charged with sexual assault of a child, according to Kristen Dark, a spokeswoman for the office. The employee, who worked as a detective on property crimes, resigned after his arrest, she said.

The Travis County district attorney, Jose Garza, said in a statement on Monday that he planned to present capital murder and other charges to a grand jury, and that he would request that Mr. Broderick be held without bail.

“Because Mr. Broderick committed this heinous crime after he paid a money bond to be released on charges related to sexual assault against a child, Texas law permits his detention without bail,” Mr. Garza said.

Travis County Sheriff Sally Hernandez said in a statement on Sunday that she was “shocked and saddened by this horrific news,” and that her office was ready to assist in the investigation and help the victim’s families.

Citing court records, The Austin-American Statesman reported that Mr. Broderick’s wife filed for a protective order and for divorce shortly after his arrest.

A shelter-in-place order that was issued for residents and businesses in the area of the shooting was lifted on Sunday afternoon.

Andy Brown, who, as the Travis County judge is the county’s chief executive, called on state lawmakers in Texas to work to prevent shootings like the one in Austin on Sunday.

“This is a tragedy we endure too often,” Mr. Brown said in an interview. “Our legislators have to come together to find common ground to prevent mass shootings like this.”