The decision to show the family video from the deputies’ body cameras came amid growing appeals to release footage of the fatal shooting of Andrew Brown Jr.,

The family of Andrew Brown Jr., a Black man killed by sheriff’s deputies in Elizabeth City, N.C., held a news conference with the civil rights lawyer Benjamin Crump, who pressed for body camera footage to be released.

It’s so important that we not let them sweep this under the rug because apparently before you all showed up, they just wanted to sweep it under the rug, as they have done other brothers and sisters who have been unjustifiably killed by the people who are supposed to protect and serve us. What is it on this video that is so damning that you would risk your career and risk losing your job so the people can’t see the video? What is it? Don’t we have a right to due process? Why do the police get to be the judge, the jury and the executioner? So what we’re here for in Elizabeth City, N.C., where all America is watching today, and all the world will be watching tomorrow, is to say, “Sheriff Wooten, you don’t need to say no more just show the video.” 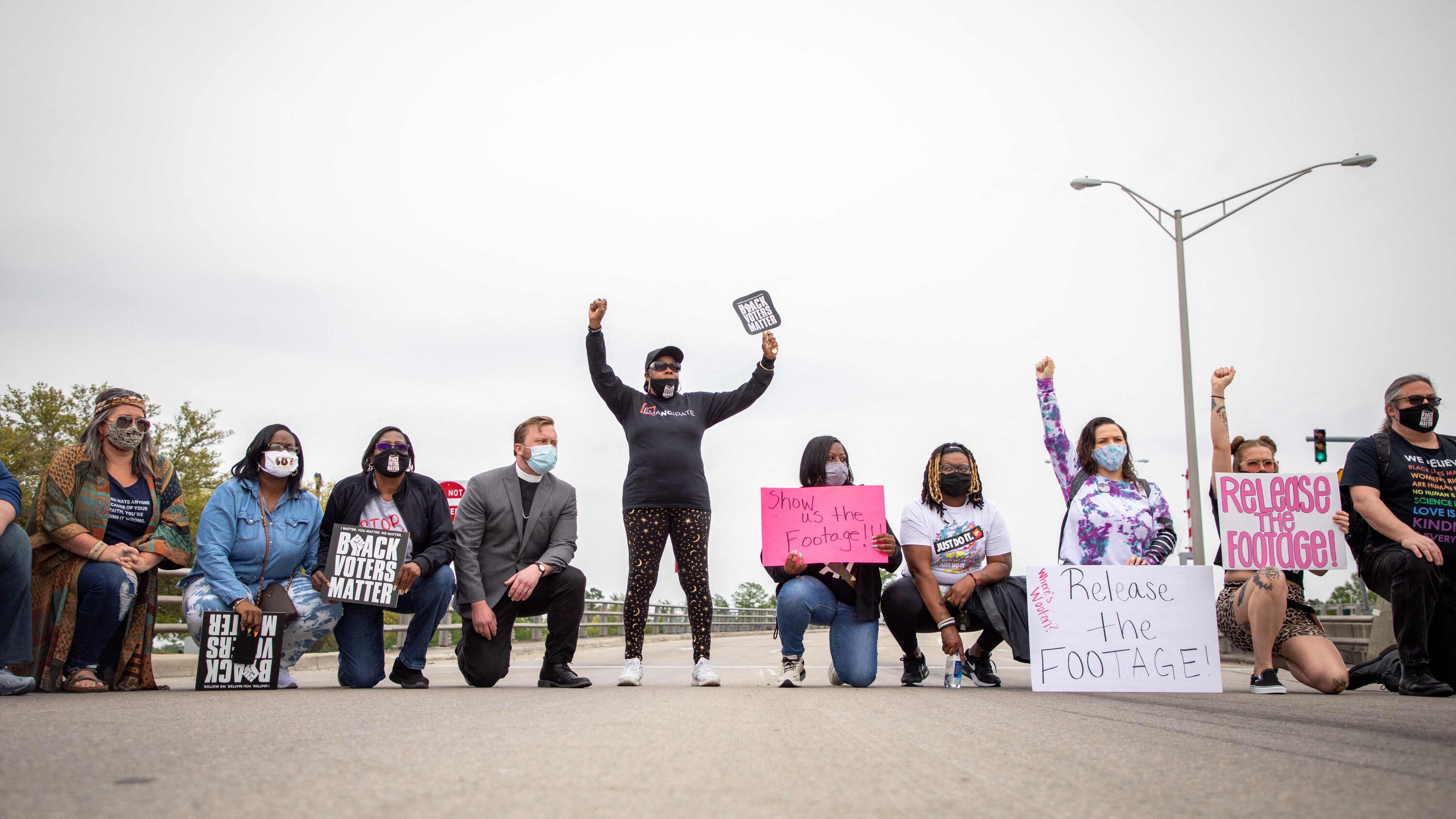 ELIZABETH CITY, N.C. — The family of Andrew Brown Jr., a Black man killed by sheriff’s deputies in Elizabeth City, N.C., last week, is expected to be shown video from the deputies’ body cameras on Monday before it is released to the public, in response to mounting pressure from protesters and public officials.

Family members were told that they could see the video at 11:30 a.m. on Monday, but they were still waiting at 1:30 p.m. Lawyers for the family said they would hold a news conference after viewing the footage, which could answer some of their questions about the moments before Mr. Brown was killed on Wednesday while the authorities were executing a search warrant.

Officials in Elizabeth City and surrounding Pasquotank County issued emergency declarations on Monday morning, citing a potential for “a period of civil unrest” after the footage is publicly released.

The decision to show family members the video came amid growing appeals to release it, including from the county sheriff and the state’s governor. “We want transparency,” Tommy Wooten II, the Pasquotank County sheriff, said in a videotaped statement on Saturday. He emphasized that his office did not have the power to release the footage, a decision that could only be made by a judge.

The footage was turned over to the North Carolina State Bureau of Investigation, Sheriff Wooten said, and he asked that agency to confirm that releasing the video would not undermine its investigation. If that confirmation is received, the county planned to file a motion in court — most likely on Monday — to have the footage publicly released, he said.

“We know people want answers,” Sheriff Wooten said. “We know you’re angry. We understand and respect that. We ask for your patience and your support as we work to do the right thing.”

His office has also asked the North Carolina Sheriffs’ Association to appoint an outside sheriff’s department to conduct an internal affairs investigation of everyone involved, said Daniel Fogg, the chief deputy for Pasquotank County.

Harry Daniels, a lawyer for Mr. Brown’s family, said that based on witnesses’ statements, it appeared that Mr. Brown had been shot while driving away from sheriff’s deputies. “To my understanding, Mr. Brown was not armed, and the bullets entered into the back of the vehicle,” Mr. Daniels said on Thursday.

The Sheriff’s Office statement on Saturday followed a day of emotional appeals from family members, activists and lawyers pushing for accountability in Mr. Brown’s death.

“If the shooting and the killing was self-defense or proper use of force, then show the truth,” the Rev. William J. Barber II said at a news briefing on Saturday. “If it wasn’t — show the truth. But Sheriff, D.A., law enforcement, you can’t just shut up. You must speak up.”

On Friday, Gov. Roy Cooper, a Democrat, said the body-camera footage should be released.

Mr. Brown’s family is in part represented by Ben Crump, the well-known civil rights lawyer who was among those representing the family of George Floyd after his death in police custody in Minneapolis.

The shooting in North Carolina took place one day after a jury found a former police officer guilty of murder in Mr. Floyd’s death, and as police violence against Black people has come under intense scrutiny across the country.

A spokesman for the sheriff’s office said that seven of the department’s 55 full-time deputies had been placed on paid administrative leave after Mr. Brown’s death.

Mr. Brown’s family was told that no drugs or weapons had been retrieved from the property or the car, Mr. Daniels, their lawyer, said on Saturday. The legal team has not yet seen the search warrant that officials say was being executed at the time of the shooting.

“This is a moment in time that we have to seize and take back accountability and transparency,” Mr. Daniels said. Mr. Brown, he said, was “taken by the hands of the ones who are sworn to protect and serve.”