4 Killed in Shooting at a Southern California Office Building

A child was among the victims as gunfire erupted in Orange County, the authorities said.,

A shooting at an office building in Southern California on Wednesday left four people dead, including a child. A suspect was hospitalized in critical condition with a gunshot wound.

The original call was to shots fired at a business. Upon arrival, the officers discovered shots that were actively being fired, and our officers did engage in an officer-involved shooting. Upon entering the business and in the area, they have discovered four victims that are deceased on the location. One of those victims does include a child. 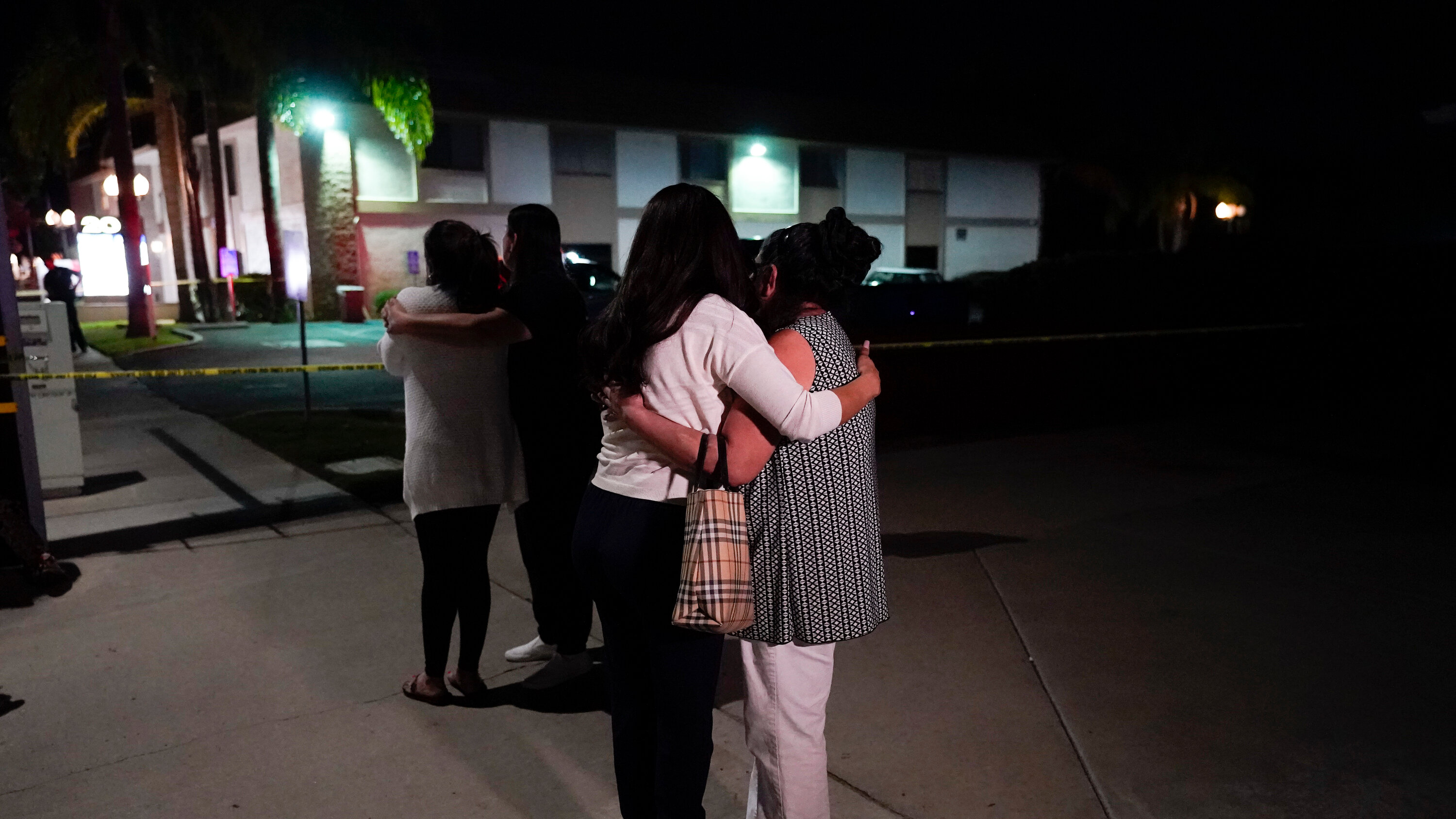 A shooting at an office building in Southern California on Wednesday left four people dead, including a child. A suspect was hospitalized in critical condition with a gunshot wound.CreditCredit…Jae C. Hong/Associated Press

ORANGE, Calif. — Four people, including a child, were killed in a shooting at an office building in Southern California on Wednesday, the authorities said, bringing a deadly close to a month consumed by a series of high-profile cases of gun violence.

The gunfire occurred around 5:30 p.m. in Orange, Calif., about 30 miles southeast of Los Angeles, according to the authorities. A fifth victim, a woman, was hospitalized in critical condition with a gunshot wound.

A suspect was also hospitalized in critical condition with a gunshot wound, the authorities said. They added that it was not yet known if the wound was self-inflicted.

It was not immediately clear what led to the shooting, and additional details about the victims and the suspect were not available from police officials. They said a firearm had been recovered at the scene, which covered two floors and a courtyard area of the building.

But researchers say that the kind of violence that unfolded at the office building never went away in the pandemic, it simply went out of view. Data from the Violence Project shows that in 2020 there were more than 600 shootings in which four or more people were shot by one person compared with 417 in 2019.

Lt. Jennifer Amat, a spokeswoman for the Orange Police Department, said at a news conference on Wednesday night that officers had responded to the area of 202 West Lincoln Avenue near Glassell Street after reports of shots fired.

When officers arrived, the shots were still being fired and the police found several victims, officials said.

Hector Gomez and Edgar Gonzalez work at a roofing business located on the first floor of the building where the shooting occurred. The two men, along with residents who were at the scene on Wednesday night, said they believed the shooting took place at a real estate office on the second floor. The windows of the office appeared to have been shot out.

Mr. Gomez said the woman who ran the office sold mobile homes and would often bring her son with her to the building.

The two men said they were convinced the woman and her son were among the victims. The woman’s S.U.V. was still in the parking lot as the police conducted their investigation late into the evening.

Lieutenant Amat called the shooting “a tragedy for the victims, their families, our community and our police department.” She said that Wednesday’s shooting was the worst homicide in Orange since a rampage in 1997 at a Caltrans maintenance yard, in which a gunman killed four people and was later killed by the police in a shootout.

Democrats Hammer Out Plan to Tax Billionaires and Corporate Giants